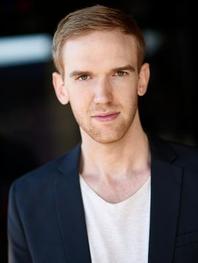 Before acting, Aaron studied a Masters of Financial Management at The University of Melbourne. He then graduated from the prestigious VCA acting school, where he was the recipient of the Beleura John Tallis Award for Excellence in Acting. His theatre credits include the eponymous Antonio in The Merchant of Venice (Dir. Richard Murphet); Big Sky Town at the Arts Centre, Melbourne (Dir. Naomi Edwards) and the Green Room Award Nominated, Therese Raquin, in which he received reviews like, "some of the most beautiful, intense acting I have seen" (Melbourne. Arts. Fashion) and "perfect" (Concrete Playground). He appears in Season 5 of Winners and Losers on the 7 Network, and his extensive film work includes a leading role in Watch The Sunset, Australia's first one-shot feature film, which had its International Premiere at the coveted Montreal Film Festival in 2017 and has received consistently rave reviews like, "One of the most impressive Australian features of the last five years". Most recently, he has been cast as the lead in a sci-fi/action/romance, Evo, the Director of which won Best Director at the 2016 Canada International Film Festival. Aaron also enjoys writing, sport, and philosophy, is studying a Graduate Degree in Psychology, and runs an acting school, Screen Actors Australia (Melbourne East).
Share onTwitter Share onFacebook Which celebrites shareYour Birthday