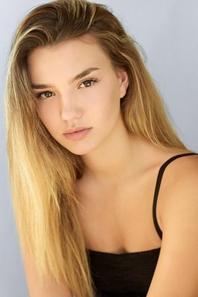 Born in Vancouver, Canada, Ali began her acting career at only four years old after being scouted for a national car commercial. She went directly into film and television the following year, booking a supporting lead role in the feature film "Personal Effects" starring Michelle Pfeiffer and Academy Award winning actress Kathy Bates. A string of guest starring roles in television series followed, including Supernatural(CW), Fringe(FOX), Smallville (CW), Motive (CTV), as well as booking recurring roles on Once Upon a Time (ABC), Falling Skies (TNT), The Man in the High Castle (Amazon), You, Me, Her (Audience), and When Calls the Heart (Hallmark). She was just 11 years old when she booked her first lead in the movie, "One Christmas Eve" for Hallmark Hall of Fame. The film was directed by Jay Russell and starred Anne Heche, who mentored her throughout the six week shoot. Ali was subsequently nominated for a Young Artist Award for her work in the film. Ali followed this by booking another lead role in the Hallmark movie Campfire Kiss opposite Danica McKellar.She won a Joey award for best leading actress for her portrayal of Lacey Reynolds.
Share onTwitter Share onFacebook Which celebrites shareYour Birthday