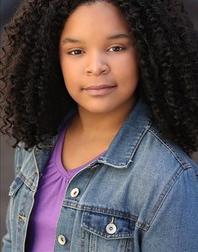 Amiya Steed is a tween CEO and entertainer. She is no stranger to the world on entertainment and entrepreneurship. Amiya appeared in her very first celebrity fashion showcase at age 2, started her very own tutu line by the age of 3, and appeared in her first tv show Nick Jr's Team Umizoomi at age 4. Casting Directors who have worked with her praise her on her professionalism on set and ability to remain focused. Amiya works diligently to perfect her craft. Amiya has appeared in numerous productions. She can be seen on several commercials, TV sitcoms, short/feature films, theater productions, print campaigns, and live on the runway. Amiya is the CEO of her own footwear line AMAK by Amiya and a recording artist. She recently released her new song and the music video for her hit song "Boss on Em".
Share onTwitter Share onFacebook Which celebrites shareYour Birthday