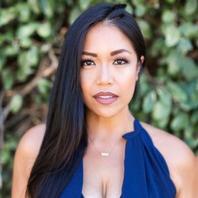 Anthea Neri is an actress, singer, and human empowerment ambassador, who can be seen in numerous television commercials, virtual reality games, and heard regularly as the co-host of the Pretty Rich Podcast. Throughout her career, Anthea has performed at Carnegie Hall, Lincoln Center, the Ford Amphitheater, the Public Theater, and many other venues. She was a top four finalist on GMA7's Pinoy Pop Superstar and most recently a member of the East West Players' Ovation award wining musical, Next to Normal. In addition, she has appeared in Here Lies Love, Oliver!, the award-winning Calico Buffalo, and the off-Broadway musical, Disenchanted. Anthea has had the privilege to work with many Emmy, Tony, and Grammy award winning producers and artists, including David Byrne, Fatboy Slim, Alex Timbres, and Broadway legend, Baayork Lee. Follow Anthea: @officialanthea/www.officialanthea.com
Share onTwitter Share onFacebook Which celebrites shareYour Birthday