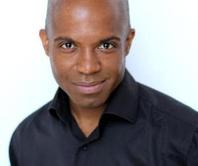 Anthony Wills Jr has been performing, choreographing, and directing all his life. He is Artistic Director of Artistic Pride Productions an artist collective creating opportunities for artists of all genres. Anthony played the role of Harold Hill in Music Man with Tony Nominee Marla Schaffel, Smoke in the short film, "Save Face" Richard in the feature film, "Cassanova was a Woman" and Denzil Best in the Swedish film "Monica Z" directed by Per Fly. Other projects include "With One Hand Between Us", a durational performance piece conceived by Jonathan Van Dyke where Wills and two other performers perform for nearly forty hours over the course of five days, and Sensorium a 12 course dining experience with performance that he created with five other artists including renowned Chef Bryon Brown. Theatrical endeavors include Good Grief directed by Russel G. Jones, Parade (Gallery Players) and "Master Harold... and the boys" (Gloucester Stage) which the Boston Phoenix named one of the 10 Best Theatrical Events of 2012and was the winner of the IRNE Awards for Best Production and Best Direction. Anthony is developing several performance pieces including "11 1/2 short pieces on Death, Dying, Life and Living (a comedy)" which excerpts have been work-shopped at several venues including the Fridge Gallery in DC and ReVision Theater and All the Diamonds You can Eat based on the music of Nathan Payne. Anthony was named the recipient of the Great Performances 2013 Fellowship Award.
Share onTwitter Share onFacebook Which celebrites shareYour Birthday