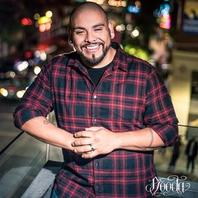 Born and raised on the west side of Tucson, AZ, Booda underwent some tough times within his family. His mother being a single parent of two little boys while working full time, paying bills and providing without a man in the house, fueled the fire that's lives in Booda to this day. Influenced, Booda became a self-supportive/independent youth ignoring the call of the negative aspects of the typical... gang lifestyle instead, creating his own path and turning to Hip-hop music, where he soon made a name for himself in the local music scene. Known as "Booda" in which his older brother Dre would call him, he adopted this name to use so he could break into the industry. As he vividly discusses in his lyrics, Booda's troubled past turned him fierce inside which laid the foundation for his booming, aggressive presence on the mic. Everything about Booda is unremittingly intense. Plus, there is substance behind the style were much of his work is tied together by a fascination with the split between the sacred and the profane. Booda can move from spiritual anguish one minute to a narrative about the sins of the streets the next, yet keep it all part of the same complex character. There are not many other rappers who can bring across such dark images so vividly, and speak about the fiery bottoms of hell with such a frozen tongue, yet warm voice. He represents mastered skill, preserved integrity, immense respect, proud leadership and vocal tutelage. But ask the average fan and you'll probably get a simple summary statement like "Booda is a dope MC!" Hip-hop never saw him coming and now they keep coming back. See More
Share onTwitter Share onFacebook Which celebrites shareYour Birthday