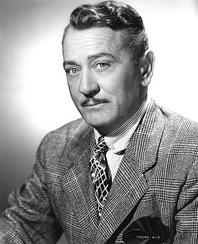 Bobby Watson's acting career began in the late 19th Century, in Springfield, Illinois. At age 10 he had the peanut concession on Saturday afternoons at Springfield's only dance hall, the Olympic Theatre. By age 12 he graduated to the evening concession, and joyously studied the travelling variety acts that came through the town. When he was 15, the theatre manager offered him a chance to show what he had learned from watching all the acts. His first performance consisted of two comedic impressions, the first was a blackface act and the second was a drunken Irishman. Bobby was immediately put on the Olympic payroll. A travelling medicine show, called "Kickapoo Remedies Show" (a name W.C. Fields might have used with good effect), came through Springfield and the owner of the Kickapoo medicine show took Watson out of Springfield to perform with him all over the mid west. Apparently unafraid of criticism, Watson performed the female role "Rosalind" by William Shakespeare, and the comedy mold was cast. From then on, Watson was often, but not exclusively, cast as an effeminate or unathletic character. While in Chicago, he was offered a job with Gus Edwards' shows in New York's Martinique Hotel and Coney Island, Brooklyn. While entertaining the crowds at Coney Island, the Broadway producers Cohan and Harris hired him to replace Frank Craven in the 1918 musical "Going Up." From that point on, he was destined to remain as one of the worthwhile "finds" of the theatre, and subsequently, films. A big break came in 1919 in the form of an original musical "Irene" (songs by Joseph McCarthy & Harry Tierney) with Edith Day. Watson became one of the most beloved characters in the show, portraying a popular male modiste (dressmaker) nicknamed "Madame Lucy." The show was a huge success, and a few years later he appeared in a revival of it with Irene Dunne, with whom he would be reunited in the film "The Awful Truth" (1937). He appeared in another Cohan musical show, "The Rise of Rosie O'Reilly" in 1923, and shortly thereafter he was approached with film offers. Bobby Watson is one of those versatile actors every filmgoer has seen many times playing memorable character parts. Beginning in 1942, Watson was cast as Adolf Hitler in more films than any other actor. The list of titles includes "Hitler: Dead or Alive," "The Hitler Gang," "Miracle of Morgan's Creek" and "That Nazty Nuisance." Since his earliest films, he portrayed all kinds of roles; interior decorator, radio announcer, hotel manager, a dance director, a band leader, dress maker, detective, and even a diction coach (uncredited) in "Singin' in the Rain."
Share onTwitter Share onFacebook Which celebrites shareYour Birthday