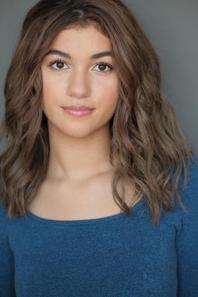 Damoni had the desire to entertain from a very young age and quickly became interested in acting and music. She and her mother relocated to Las Vegas from the East Coast where she got involved in theater and started taking acting and vocal lessons. She was signed to an LA agent at age 6 and shortly after moved to California. She booked several national commercials and earned her SAG status at age 8. In 2013 , Damoni starred in the movie "A Snow Globe Christmas" as Mia, the daughter of actors Alicia Witt and Donald Faison.
Share onTwitter Share onFacebook Which celebrites shareYour Birthday