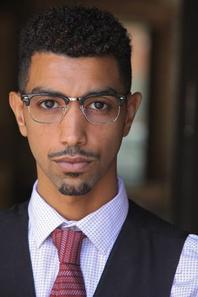 Drew Fonteiro is an actor, writer, producer, illustrator, and dancer born in Brockton, Massachusetts, "The City of Champions." A first-generation American, Fonteiro dually spent his childhood in his parents native country, Cabo Verde -- 10 Atlantic islands 400 nautical miles off the coast of West Africa, where the dominant cultural mix is Portuguese and African, with a Spanish and Italian mix as well. Known for his role as Dennis on Michael Bay's "The Last Ship," he co-starred along Gina Rodriguez on her directorial debut in "Jane The Virgin." Recent film credits include Gravitas Ventures' "The Browsing Effect." Fonteiro will take the lead in his big-screen debut on August 9th, 2019 with "Every Time I Die," playing Sam, a man who possesses the ability to project his spirit into the bodies of others, in attempt to stop his killer. Fonteiro speaks three other languages outside of English, [Portuguese, Spanish & Crioulo being his first]. An expert equestrian, he also dances Jazz, Kizomba, Latin, 'Step', and Hip-Hop. After penning his soon-to-be-published young-adult fantasy novel - a high seas adventure titled "Benthu of Ti'ago," his storytelling efforts expand into screenwriting with a new undisclosed pilot about his hometown.
Share onTwitter Share onFacebook Which celebrites shareYour Birthday