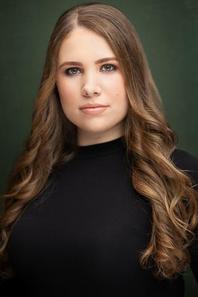 Gabrielle Selegar was born on April 29,1992 in Rio de Janeiro-RJ, Brazil, and her previous work on TV was in the Soap Opera "The Other Side of Paradise" from Rede Globo Productions in 2018. She has been living in Vancouver since then, and she had just Graduated at Vancouver Film School's Acting for Film & Television, One-Year Program. Since 2015, she had started working as a voice actress in Brazil, dubbing some supporting roles on TV series such as "Law & order", "30 Rock" and some documentaries. She is also passionate about singing and writing stories and nowadays she is thrilled to begin her international career in Vancouver, Canada. By the age of 2 when she had just learned how to speak, one of the first things she said to her parents was that she was going to be an actress and a singer, after she made a drawing holding a microphone and they asked her what that was. And thanks to her parents' support, she made her first photoshoot for an agency and since then, art was always in her life. In her middle school when she was around 8 years old, Gabrielle's interest was piqued in acting while attending a local theatre workshop. At that age, she started going to theatre classes and a while later, she started having singing and voice acting classes as well. She was a very active kid and she always practiced sports. Gabrielle's parents enrolled her in swimming classes when she was 2 years old and also in all kinds of sports they had the opportunity to a while later, going from Olympic Gymnastics, Volleyball, Ballroom, Jazz and Ballet dance when she was younger, to Muay Thai, Boxing, Weight Lifting and Yoga as a teenager/young adult. They also taught her how to ride a bicycle and to rollerblade, which are two of her favorite hobbies until today. Since she has always been drawn to acting, soon she started to perform in several Theatre Musicals, such as "The Adorable Cinderella", in which she performed as Cinderella, "Alladin" and "Anne Frank - The Musical" and in all of those she had the opportunity to work with some of Brazil's industry experts. From the theatre plays and singing performances since she was a kid to voice acting and the variety of sports and activities she has done since a very young age, Gabrielle was able to put a lot of effort in her constant studies of acting, which is shown in her artistic and athletic versatility, at the same time that it demonstrates her voracious desire to be each day a fuller artist.
Share onTwitter Share onFacebook Which celebrites shareYour Birthday