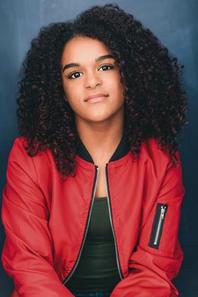 Gianna "GiGi" Harris is a singer, stage and screen actress born and raised in NJ. Gigi is most notably known for her work in Andrew Lloyd Webber's Broadway and Touring Production's of School of Rock the Musical. She neared 800 performances prior to her "graduation" from Horace Green.
Share onTwitter Share onFacebook Which celebrites shareYour Birthday