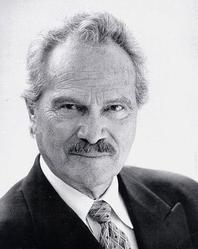 H.M. Wynant's many-faceted career began at age 19 when he left his hometown of Detroit, Michigan, after having attended Wayne State University for just two years. He arrived in New York City with only $125 in his pocket and a lot of ambition. Jerome Robbins hired him on the spot at Wynant's first audition, an open call for the Broadway musical "High Button Shoes" starring Eddie Foy. H.M. was working as a draftsman and told Robbins that he had to go to work the next day, Robbins said, "Then quit!" Thus began a career in theater which included productions such as "As You Like It" with Katharine Hepburn, "Love of Four Colonels" starring Rex Harrison and Lilli Palmer, "Venus Observed" directed by Laurence Olivier, "The Sound of Music" with Shirley Jones and "Teahouse of the August Moon" starring David Wayne and John Forsythe. These performances garnered him many outstanding reviews and led to a prolific motion picture and television career. In 1956, RKO Pictures cast Wynant, based on his theatrical reputation, sight unseen, in a co-starring role of "Crazy Wolf" in the western, Run of the Arrow (1957). In those days, he was known as Haim Weiner, which was his given name. In New York, he had changed his name to Haim Winant, and the film's director, Samuel Fuller, changed it again to H.M. Wynant, and he's been known by that name ever since. Wynant was true to form as a wild Indian and performed many of his own stunts. A budding film career ensued. In addition to his theatrical career in New York and his film career in Hollywood, he became part of television history by appearing in many live, dramatic television shows. Recently, Wynant's Los Angeles stage performances included playing the lead role in "Karlaboy", a suspense ghost story written by screenwriter Steven Peros. Jules Aaron directed him in "The Sisters Rosensweig" and in "Philadelphia Story" and he continues his work in film, television, commercials, radio and voice-overs. H.M. is the proud father of three grown boys who also have successful show business careers: William Winant, a professor and avant-garde percussionist; Scott Winant, an Emmy-winning producer and director; and Bruce Winant, an actor and singer on Broadway as well as film and television. H.M. lives in Southern California with his wife, Paula, and their young daughter, Pasha (born in 2000).
Share onTwitter Share onFacebook Which celebrites shareYour Birthday