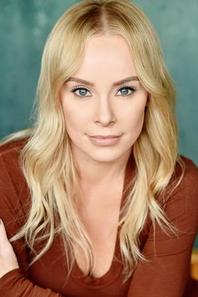 Jaime Bergman was born in Salt Lake City, Utah, on September 23, 1975. If people don't recognize Bergman as the 1999 St. Pauli Girl, representing St. Pauli beer, they are sure to recall that she was the January 1999 Playboy Playmate of the Month; the 45th Anniversary Playmate. Bergman, putting her talent and assets to good use, has also appeared in several Playboy videos, including Playboy: Playmate Pajama Party (1999), as well as her own video centerfold. Bergman's film credits do not only include Playboy videos, since she has appeared in several big-time feature films such as Oliver Stone's football themed drama Any Given Sunday (1999); and Daybreak (2000), a less known film. Before being cast as lifeguard/sketch artist/model B.J. Cummings in the comedy series Son of the Beach (2000), an FX Production (Howard Stern's production company), Bergman appeared in several television shows including: Brutally Normal (2000), Shasta McNasty (1999), Beverly Hills, 90210 (1990), and Love Boat: The Next Wave (1998). She received the part on the show after being sent by her agency and auditioning three or four times. Bergman describes her character as "...a California girl who is very sweet and extremely naïve". When she's not working for Howard Stern Productions, Bergman is still very busy. She has recently appeared on The X Show (1999), will soon appear on the cover of Incite and would like to go on some more auditions.
Share onTwitter Share onFacebook Which celebrites shareYour Birthday