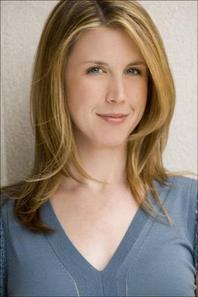 Jan Johns is originally from the DC Metro area where she started her career in musical theatre, which then led to on camera and eventually to voice over. In 2013 Jan moved to Los Angeles. Jan has always played with sounds and characters since she was old enough to talk. She has lent her voice and acting skills to Dungeons & Dragons (Rogue), Fallout 3 (Lucy West, Clover, Sierra Petrovita, Bittercup), Broken Steel (Specialist Olin), Murdered: Soul Suspect, Fallout 4 (Scribe Haylen, Ellie Perkins, Colette), Mighty No. 9 (Dynatron), creature voices on Fortnite and some pretty outta wack characters on Fallout 76. For the little ones, she's voiced a blender for Fisher-Price. You can also hear Jan's voice on DreamworksTV: Public Pool, News That Doesn't Stink and as the lead voice on JetBear. Jan also has voiced a few characters on Nickelodeon's, The Loud House and Sesame Street's, The Witch Sisters. Jan's passion has always been in creating characters and she can't fully wrap her heart and mind around the fact that her dream is now coming to fruition. She is grateful for the work and opportunities that have come her way and is very excited to see what her next characters will be.
Share onTwitter Share onFacebook Which celebrites shareYour Birthday