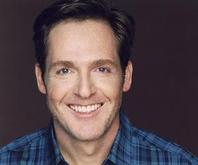 Originally from Myrtle Beach, South Carolina, John was educated at Woodberry Forest School in Virginia before attending Duke University, where he was a member of Sigma Alpha Epsilon fraternity. While at Duke, he performed in a number of plays before creating and starring in his own television show at the student-run cable television station on campus, Cable 13. "Life on the Quad" was a soap opera parody, college-style, set on Duke's campus and chronicling the lives of several students as they made their way through Duke's Greek system, academics, and each other's bedrooms. This show led to some national exposure for all involved, including "Campus Voice" magazine and ABC's "Good Morning America." After graduating from Duke with a B.A. degree in English, John attended the prestigious NYU Graduate Film School, where he earned an MFA in Film Production and his thesis film, "Talk Cafe," earned the Gold Award at the Houston International Film Festival. Since moving to Los Angeles, he has studied with acting teachers William Alderson, Wendy Phillips, and Scott Paulin. He has been active with Phillips' and Paulin's acting studio, "2nd Story," performing in several plays there. John is also a member of the Open Fist Theatre Company.
Share onTwitter Share onFacebook Which celebrites shareYour Birthday