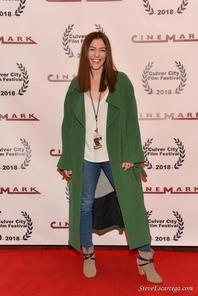 Katie Meyer was born in Toledo, OH in 1988. She started dancing at the age of 3. Through dance she started working in musical theatre. She graduated from Central Michigan University with a BFA in Musical Theatre where she carried many roles in both musicals and plays. She also performed with Saturday Night Improv, the most popular troupe on campus. However, while performing in college she became more fond of film and television. This brought her to the decision of moving to Los Angeles to pursue film and television rather than moving to New York for music theatre. In 2010 Katie packed her bags and headed to LA. Since then she has been cast in several short films, feature films, and commercials. She played Allison in the short film "Allison" which has been screened at several film festivals and has also received numerous awards. She is fighting the fight out in LA and hopes to have more credits coming soon!
Share onTwitter Share onFacebook Which celebrites shareYour Birthday