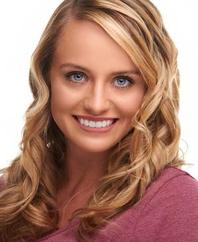 Kayla is an actress and model, ready to make her impression on the world. She's landed several lead and featured roles in TV, film, commercials and print, and has loved every minute of it! Watch for Kayla in the upcoming movies Dreamer, Country Strong, Secretariat, Big Momma's House 3, and on television, Travel Channel's Most Terrifying Places in America 3, The Lady In White and Paranormal Celebrity Lockdown. She also stars in The Runaway, Nightmare Fuel, Hell House, Haunted KY, Haddonfield, Mountain Mafia, The Legacy, Devils Playground, Cry, The Girl, Red River and Santa vs. Zombies. Kayla is a featured model in the 2012 Classmates USA Swimsuit Calendar, as well as the Dream Calendar, where she posed for Miss August 2009. Miss Perkins has also been featured in numerous magazines, such as Supermodels Unlimited (as a "Rising Star"), The Next Supermodel, Gladys Magazine, Bio Gamer Girl and many more. Kayla has also done many commercials, including KFC, Sutherland Chevrolet, Home Furniture Store, Mental Health, Teen Pregnancy, and Newborn Lifeline to name a few! She's also appeared in music videos, runway fashion shows, billboards, and as a print model for catalogs and clothing companies. In her spare time, Kayla does a lot of volunteer and charity work, and is also a former Junior Miss Kentucky! On Dec 14, 2009 she received a Proclamation Award from Georgetown Mayor Karen Tingle-Sames for her outstanding achievements and all she has accomplished at her age.
Share onTwitter Share onFacebook Which celebrites shareYour Birthday