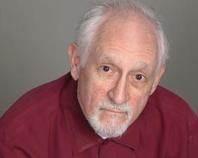 Malcolm has had 3 careers. From 1962 to 1973 He was a State employee directing programs in Human Resources. During this time he performed locally including "Death of a Salesman" and Neil Simon's "Fools". In 1973 he began professional training at the Circle in the Square Broadway Theatre. The following year he continued training at the Tisch School for the Performing Arts acting program at NYU which he attended in 1974-75, and then studied privately with Madeliene Sherwood and Julie Bovasso and until 1982 performed with various companies including The New York Shakespeare Festival and his final NYC job was with La Mama where he appeared in the world premiere of "Yossele Golem" reviewed by Richard Shepherd in the New York Times. Over the next 20 years he became a psychotherapist and mental health administrator. He graduated with a Master's Degree in clinical social work from NYU in 1987 at age 47.
Share onTwitter Share onFacebook Which celebrites shareYour Birthday