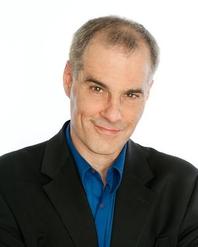 Mark Ethan Toporek is an actor and teacher. A member of the Actors Studio, he has appeared in films including "The Confession" (with Ben Kingsley and Alec Baldwin), "The Secret Lives of Dentists" (with Campbell Scott and Hope Davis), and "Lesser Prophets" (with John Turturro). His stage work includes playing Pope John-Paul II in Mario Fratti's "The Vatican Knows" at Theatre for the New City in 2013, and three productions with the Folksbiene Theatre. As a teacher, he has been presenting The Film Series at the Queens Museum since 1998, and a variety of cinema classes for Manhattan's 92nd Street Y since 2003--creating and teaching over two dozen film series that deal with such topics as the law, politics, media, immigration, and New York on film. A jury member of the Instant Composition Contest at the 2018 Transatlantyk Festival in Lodz (Poland), he also served on the Galway Film Festival Jury for Irish short films in 2013, and on the competition jury of the 2012 Forum on Law, Culture & Society short film festival. He lectured on Holocaust Cinema in 2017 for Columbia University's Global Center in Santiago, Chile.
Share onTwitter Share onFacebook Which celebrites shareYour Birthday