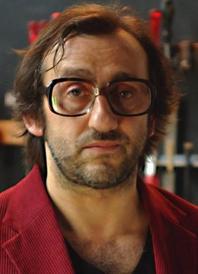 Son of a Italian immigrant Miner, Michel Schillaci was born in 1967 in Brussels (Belgium). He grew in the hot areas of the city. Only in his late twenties he discovered his talent for acting perfects it and by following a training at the "Actors Studio" - "Strasberg" method. After several small roles in films such as "Johnny Walker" by Kris De Meester, "Soeur Sourire" and "Marina" by Stijn Coninx, he plays the role of Napoleon in "Waterloo, the ultimate Battle" by Hugues Lanneau. It was in 2013 that he first met Patrick Glotz that will offer him a starring role in his film "Belgian Disaster".
Share onTwitter Share onFacebook Which celebrites shareYour Birthday