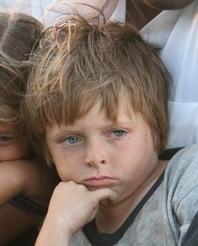 Mickey was born in Honolulu where he has been active in film, television, theater, commercials and print work since he was a baby. His favorite role before landing the character of Zack on ABC's Lost (2004) was his lead in a Sheraton Hotels commercial. He played a kid who had a temper tantrum in a hardware store. In 2010, he played a kidnapped tourist on Hawaii 5-0, and appeared in the movie Battleship (2012) as the kid up to bat at a baseball game.
Share onTwitter Share onFacebook Which celebrites shareYour Birthday