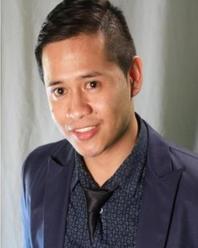 Nikko Gabayan hails from a Filipino musical family. His mother was an international singer who performed all throughout Asia and the Middle East. Around age 9, Nikko started working on his vocal abilities, in both Tagalog and English, with his mother and her bands. He recalls these moments in his life as where he fell in love with the art and emotion of singing. From then on, he has been unstoppable, singing anywhere possible. He has had several performances within the Buffalo region and in New York City. In 2010, he progressed to the second round of American Idol auditions and in 2013 made it to the third round of the X-Factor online auditions. In 2017, Nikko discovered his second passion for film. Quickly, he earned roles in some independent films, such as "Faces In The Fog", "Block Runner", "Big Talker", and "Slice of Love". In 2018, "Big Talker" won an award for "Spirit of the 48" at the 48 Hour Film Festival in Buffalo, New York. Nikko is always up for a challenge and will take roles to diversify himself as an actor. Nikko has received vocal training from James Deiotte, a formal vocal instructor at the University of Buffalo. In addition to working with Deiotte, Nikko has been diligent in improving his skills independently. Relentless hours are spent practicing scene study, script analysis, and recording music. At age 17, Nikko moved to the Unites States, where he completed his high school career at Kenmore East High School in Kenmore, New York . There he earned his first solo in the high school choir, along with earning a spot in the renowned Buffalo Choral Arts Society. Along with singing, Nikko has been playing the keyboard for seven years and shares his performances on social media. Nikko is active in Krav Maga and took lessons for three years, up to blue belt level. Now he gives back to the Krav Maga community by assisting and teaching classes to children. "It's not about the money; it's about doing what you love." - Nikko Gabayan
Share onTwitter Share onFacebook Which celebrites shareYour Birthday