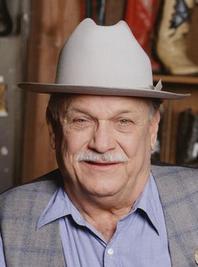 Noble Willingham has appeared in more than 30 feature films, including Up Close & Personal (1996), Ace Ventura: Pet Detective (1994), Chinatown (1974), Good Morning, Vietnam, City Slickers (1991), City Slickers II, and The Distinguished Gentleman (1992). He was born in the small town of Mineola, Texas, east of Dallas. After graduating from North Texas State College, he earned a master's degree in educational psychology from Baylor University. Willingham was a teacher before following his long-time dream of becoming an actor. He auditioned for a part in the film The Last Picture Show, which was filmed in Texas. He won the role, which led to another, in Paper Moon. On television, Willingham had a recurring role in the series Home Improvement and appeared as a guest star in the series Murder, She Wrote and Northern Exposure, both on CBS, and Quantum Leap. He appeared in the television film Men Don't Tell on CBS. His additional television film credits include Woman with a Past, The Alamo, and Unconquered. Willingham has a daughter, Stori. His birthday is August 31.
Share onTwitter Share onFacebook Which celebrites shareYour Birthday