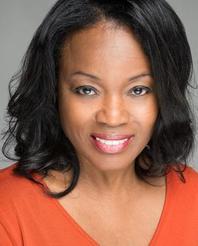 Patricia McRae is an actor, who hails from Long Island, New York. Living so close to New York City, her early performance ambitions leaned toward the theater. In her teens, Patricia performed in community talent shows and Senior Variety Show. When the time came to decide on a college major, she yielded to the calling of working with children. Patricia became an educator working specifically with teenage Students with Disabilities. She relocated to Atlanta, GA and continued serving students and their families for over 30 years. Additionally, Patricia began training at various acting studios, attending workshops, and sought coaching from talented teachers and veteran actors. She initially booked roles in local theater productions and independent films. In a very short time, Patricia began to pursue television and feature film roles in earnest. She has had guest appearances in TV movies, Merry Ex-Mas (2016) and Down For Whatever (2018). Patricia is best-known for her portrayals in the hit television series Tyler Perry's The Haves and The Have Nots (2019), Dynasty (2018) and Being Mary Jane (2017). She strongly believes that her faith in God, purposeful nature, and pursuit of excellent training have all contributed to her artistic growth. Patricia also believes in establishing a balanced lifestyle. As a mother of two children, she learned early the importance of self-care. Patricia takes time to pray/meditate daily, spend time with friends, and enjoy vacations with her family. She supports organizations that specifically provide for the health, education, and welfare of children. You may follow Patricia's journey on Facebook, Twitter @McPatricia76 and Instagram @actorpmcrae.
Share onTwitter Share onFacebook Which celebrites shareYour Birthday