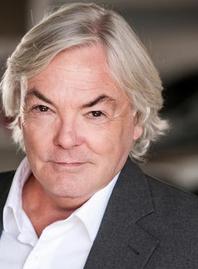 A seasoned British character actor, Peter was recently granted Green Card status in the USA and is now based in Los Angeles, California. He has had success in film, television, voice-overs and audio-book narration since moving to the USA in 2011, which includes a guest appearance on 'How I Met Your Mother' for Fox TV. His most recent audio-book for Audible, was the narration of a biography of James Bond author, Ian Fleming. He appeared in the soccer themed US movie "Goal!" directed by Danny Cannon. His TV work in the UK includes appearances on Dr Who, Emmerdale, Our Friends in The North and The Famous Five. His BBC Radio drama work includes Shakespeare's Julius Caesar, Paddington Bear and John Le Carre's A Small Town in Germany.
Share onTwitter Share onFacebook Which celebrites shareYour Birthday