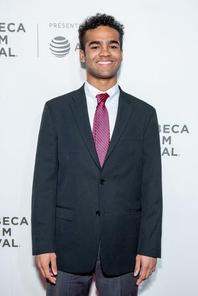 Phillip Youmans is a filmmaker from the 7th Ward of New Orleans. In his childhood, Phillip was first introduced to filmmaking as an actor, taking small roles in productions around New Orleans. This early exposure to working on sets ignited Phillip's desire to pursue the medium from behind the camera. Before high school, Phillip began writing, directing, shooting, and editing his own short films. During his high school years at the New Orleans Center for Creative Arts, Phillip solidified his technical foundation of filmmaking in their media arts program. In his junior year, Phillip began work on his first feature film Burning Cane. Burning Cane, starring Wendell Pierce (The Wire, Jack Ryan, Tréme, Suits, Clemency) and executive produced by Benh Zeitlin (Beasts of the Southern Wild), speaks on the rigid religious convictions that govern the black community in the rural south and the cyclical nature of destructive behavior. His most recent video installation titled Won't You Celebrate With Me premiered with Solange Knowles' creative agency Saint Heron at the end of his senior year of high school; the instillation is showcase of black female unity in an alternative future. His latest short film Nairobi, also made with Saint Heron, is about a Harlem-based family of francophone West-African immigrants. Nairobi will premiere on their platform in the Spring of 2019. Furthermore, Phillip is in post-production for his documentary about the Grammy-nominated jazz musician Jon Batiste titled The Vanguard: Days with Jon Batiste. Set release in late 2019 in tandem with Batiste's latest album, the film follows Batiste and the Stay Human Band from The Late Show with Stephen Colbert to their six night run at the legendary Village Vanguard.
Share onTwitter Share onFacebook Which celebrites shareYour Birthday