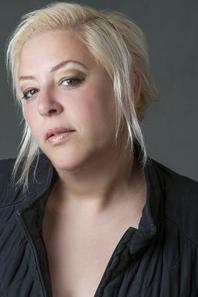 R. SKY Palkowitz is known internationally as "The Delusional Diva", an Avant-Garde Multimedia Performance Artist, Actor, Musician, Filmmaker, Educator and Character Illusionist from New York, who has been acting and singing professionally since the age of 14. SKY's serious training began when she was the youngest member chosen for the prestigious Professional Theatre Training Program (PTTP), the nation's top graduate conservatory for Shakespeare and classical theatre, at the University of Delaware. She then went on to receive her MFA in Acting at the University of Iowa, where she taught acting, performed in 3 seasons of Iowa Summer Repertory Theatre, and wrote, directed and produced her first multimedia extravaganza, "All About Malcolm", and first solo show, "Alien Rhoda".
Share onTwitter Share onFacebook Which celebrites shareYour Birthday