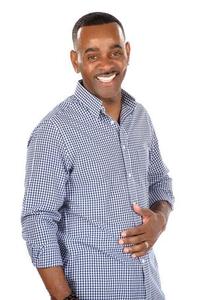 If laughter is what you want, then Ralph Porter is what you need. Born in San Francisco, California, the middle of seven children, five boys and two girls and mother Lee Ester Drummer, Ralph had the gift to entertain the family. Ralph moved to Seattle, Washington, then Anchorage, Alaska. Ralph got his start doing stand-up comedy becoming the first local comic to win the Anchorage Laugh Off Comedy Competition, three years straight '92 '93 '94. Once moving back to Washington State, Ralph became a presence in the local comedy scene including venues such as the world famous Seattle Comedy Underground. Working with some of the best comedians in the business like, Sinbad, George Lopez, Tommy Davison, Mark Curry, Kevin Hart, Tony Rock and Tiffany Haddish just to name a few, Ralph became the talk of the town. Winning the Best Local Comic in Tacoma, Washington 2010 and The King5 Best of Western Washington Funniest Local Comedian 2010, and 2015, Ralph claims to be "Almost Famous." He's still working on that title. He was the host of "Ha Ha Tuesday" at Jazzbones in Tacoma, Washington for 10 years. Also Ralph has performed on BET's One Mic Stand 2010. Ralph became a member of the Bill Bellamy's Ladies Night Out Tour in 2012 to present. As seen on Kevin Hart's Comedy Central series "Hart Of The City2" in 2017. Ralph is known to make you laugh and laughter is the best medicine, so add laughter to your life. See you at the show.
Share onTwitter Share onFacebook Which celebrites shareYour Birthday