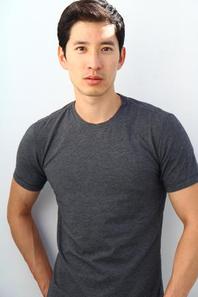 Born in Bangkok, Richie Kul moved to Southern California as a young child and later attended Stanford University, where he earned a B.A. in Economics and a Master's degree in Organizational Behavior. After stints as an investment banker and finance director left him increasingly disinterested in the business grind and more determined to pave his own path in life, Richie decided to shift gears entirely and pursue a career in modeling after having been approached many times by people who thought he had the right look. This proved to be a well-calculated risk as he immediately skyrocketed into a broad ranging modeling career that's seen him live and work in New York, Miami, Hong Kong, London, Milan, and Shanghai and land high profile print, commercial and editorial campaigns for Swatch, Chevrolet, Nivea, GQ, Men's Health, Out, Cosmopolitan, and FHM.
Share onTwitter Share onFacebook Which celebrites shareYour Birthday