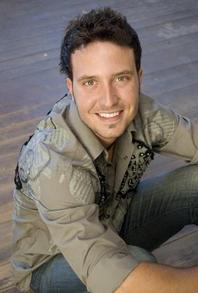 Robert Bruce Herrick II was born on January 3rd, 1985, in Wyandotte, Michigan. Herrick, attended Pre-School through first grade in the Armada school system. In 1992, his family decided to make a move to the neighboring town of Richmond, MI. where he attended second grade through his graduation from Richmond High School in 2003. Herrick graduated with honors. He was a varsity letter winner in Football, Basketball, and Track. After graduation, he attended Central Michigan University in Mount Pleasant, MI. Herrick, graduated with a Bachelor's of Science in Business Administration in May 2007. He majored in Business Management, and Minored in Sports Management. In July of 2009 he accepted his first acting role for the movie "Meltdown" (2009). After he was done with the movie, it seemed like he was being offered roles for other various movies and modeling jobs. His second movie, was called "Red Dawn" (2010) which was a 1984 remake. Herrick played a police officer in a movie called "Mad About a Sunday" (2010), and had his first lead role in "Longer Than Forever" (2010) as Jack Cooper. A few of his most recent movies have been "Real Steel" (2011), and "Scream 4" (2011), Harold and Kumar 3 (2011), Transformers 3 (2011), This Must Be The Place (2011), and the Reasonable Bunch (2011). He has also appeared on HBO's Hung Season 2 Episode 2 (Just The Tip) (2010), and various appearances on ABC's (Detroit 1-8-7) (2010). Herrick is working on new film productions and modeling opportunities.
Share onTwitter Share onFacebook Which celebrites shareYour Birthday