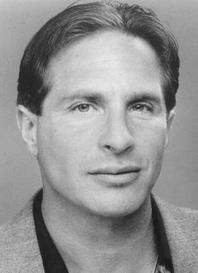 In 1993 Robert Kabakoff committed himself to a career devoted to performing as an actor in film, stage, television and commercial productions and has been a working member of the Screen Actors Guild since 1997. He has thus had the privilege of working with many of the most talented people in one of the world's most creative and competitive professional environments. In 1999, on a parallel and complimentary track he was granted a Bachelor's Degree - cum laude - in Security Management from the John Jay College of Criminal Justice. Prior to that and for over ten years he was gainfully self-employed in the trucking business in NYC. Any spare time he may now have is spent traveling the world. These adventures have brought him to many diverse and fascinating locales, among them: Moscow, Marseilles, Medellin, Paris, Athens, Amsterdam, London, Edinburgh, Beijing, the Galapagos, Bangkok, Rome, Istanbul, Hanoi, Cairo and Jerusalem through Rio de Janeiro, Maccu Piccu, Hong Kong and Mexico City to points beyond which are too many to list, but he documents his experiences in a weekly email newsletter titled Tip From the Top and would be flattered to ad you upon your request. Rob was born in Philadelphia and raised in the quaint old sea shore community of Brooklyn, New York. Got a problem wit dat?
Share onTwitter Share onFacebook Which celebrites shareYour Birthday