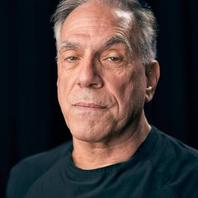 Born in Columbus, Ohio, Rod grew up in Short Hills, New Jersey; Grosse Isle, Michigan; Valley Forge, Pennsylvania and Ballwin, Missouri. A graduate of the University of Missouri, Columbia where he majored in Speech and Dramatic Arts; Radio, TV and Film also studying acting and children's theater, he appeared in three children's theater productions there. After joining his family in Alton, Illinois, he then joined the Navy. As a Journalist petty officer with a Broadcasting Specialty rating, he worked in two closed circuit radio and television stations aboard the ships USS Iowa (BB-61) and USS Guadalcanal (LPH-7) as a writer, director and producer. While stationed at the US Navy Broadcasting Facility, Argentia, Newfoundland, Canada, he was the disc jockey and announcer of a morning oldies radio program and news anchor of the evening television news. He was also stationed at the Armed Forces Radio and Television Service Broadcast Center in Los Angeles where he was awarded the Joint Service Achievement Medal. His final posting before retiring was at the Public Affairs Office for the Commander of the U.S. Naval Air Force, Pacific Fleet in San Diego. His first community theater role as Rick Corlian in On Stage Productions presentation of "Par For The Corpse" garnered him a nomination for Best in a Major Supporting Role, Comedy for that season and convinced him to further explore opportunities in acting.
Share onTwitter Share onFacebook Which celebrites shareYour Birthday