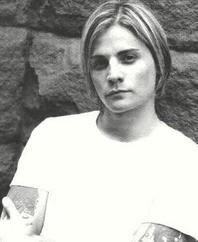 Born and raised in Brooklyn, New York, Sal showed a love for the arts at an early age. He began writing short stories at the age of seven. When he was 13 he spent all his savings on a video camera and went on to write, direct, and act in a few short films and projects. At 14, Sal entered Edward R. Murrow high school where he tried to further explore his interest in acting by entering the theatre department. Frustrated by the plays and musicals that were being done, Sal dropped out of the theatre program. He did not pursue his passion for acting again until his freshman year of college at the School of Visual Arts in New York City. While there he took acting classes for four years, studying under Cathy Haase, Susan Batson and Doris Hicks. Though his major at SVA was in directing, Sal not only continued following his passion for acting, but with his love of writing as well, and wrote several screenplays while there. He acted in many student films, including his own, most notably his thesis film "The Burton Boy" - a homage to film director Tim Burton, which was nominated for best experimental film at SVA's 13th annual Dusty Awards. Like Burton's film "Vincent", the story is told through a poem and is about a boy, obsessed with Burton's films, who feels lost in the world, so he decides to create his own in order to find happiness. After graduating SVA with a B.F.A. in directing, Sal continued to act in student and independent films, as well as write and direct short films and videos. He studied acting under Fred Kareman in New York. In December 2008, Sal appeared in the Ridge Repertory Company's theatre production of "The Man Who Came To Dinner" in Brooklyn, New York in the role of Bert Jefferson. In October 2009 he once again appeared at the Ridge Repertory in their production of "Lovers and Other Strangers" where he played three separate characters. In 2010 Sal appeared in three independent films, "She Pedals Fast", "Violet Tendencies" and "King 69." 2011 saw him return to the stage in an original play "Gilroy" that ran for several sold out performances at The Producers Club in NYC. 2012 and 2013 kept Sal busy with numerous projects. He appeared in the play "Last Of The Silent Film Stars" as John Gilbert, and is in rehearsals for a yet untitled original play in the role of Errol Flynn about a fictional night in the 1940s where top film stars of the era are stranded on a cruise ship.
Share onTwitter Share onFacebook Which celebrites shareYour Birthday