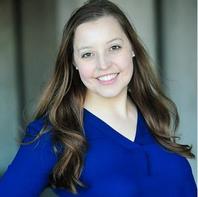 Sara Marie-Nichol Wilson, previously Platt, was born in Kansas City, Missouri. She graduated from the University of Missouri with a Bachelor's Degree in Theatre Performance and a Bachelor's Degree in French. Sara is fluent in French from her time living in France while attending and performing at the Université Lumière Lyon II. Her most notable performances are as a Wedding Attendee in Different Flowers, a Dancer in Child, and a Gala Attendee in Captives. Sara's recent credits include Funeral Attendee in "Funeral" by Shane Niemi, Prospective Flyer in Found Wandering Lost, and Dancer in Light Year. Her other credits include Sara in The Listening Tree, Resident in Sundown Town, Monster Truck Driver in a promotional video for Paramount Picture's Monster Trucks, Skater in "Erbody But Me" by Tech N9ne, as well as, Concert Goer in "Invincible" by The Beautiful Bodies, Party Attendee in "I'm Going to Love Your New Boyfriend" by The Sexy Accident, Concert Goer in "Amigos" by Chef'Special, Model Mother/Movie Attendee in "Go" by UniqueKC, and Party Attendee in "Kid" by Original Savage Family. She is in level 4 out of 6 with the KC Improv Company's training studio studying both short and long form improv.
Share onTwitter Share onFacebook Which celebrites shareYour Birthday