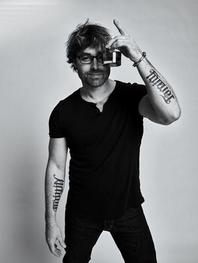 In a world that likes to label artists and relegate their creative efforts to a certain box, chart or genre, there are still visionaries who refuse to be defined. As a southern Jewish born young man, Tristan Jackson is one of those artists. His diverse resume looks like it should have been the work of at least five people. An accomplished actor and award-winning director, Jackson is also an acclaimed songwriter with credits in multiple genres, a compelling live performer and skilled boxer who holds an undefeated record as a National Golden Gloves Champ. Fortunate is an understatement. Jackson's acting career flourished and his resume includes films with Tom Cruise, John Travolta, Vince Vaughn and other A-list actors as well as television appearances and music videos, including his role as Jana Kramer's love interest in her "Whiskey" video where his boxing experience paid off in the climatic fight scene. Though he's appreciative of the experiences he's had as an actor, music has always been his first love. He's written songs for Meghan Linsey and Dove Award-winning Christian band the Newsboys among others, and he's collaborated with some of the most respected songwriters in the world, including Desmond Child, the Newsboys Michael Tait, and Love and Theft's Stephen Barker Liles. He's learned to move effortlessly between genres, but admits he leans toward country music. "I listened to my grandfather play country music on his 1952 Gibson guitar by his wood burning stove," says Jackson, who moved to Nashville in 2009 and lives on a 16-acre farm west of town called Jackson Hill. "I've been told, 'You've got to pick a genre,' and I'm like, 'No. No, I don't. I don't.' And I won't, but I'm more driven to country because of my grandfather and because I believe country tells the truth." At a time when modern country music has become an intriguing blend of pop, rock, blues and hip hop; Jackson's eclectic tastes just might make him the quintessential Nashville act. "Country tells great stories, and that's what I want to do. I want to tell stories of my journey," says Jackson, who sees country music as the prime vehicle to share those stories. "Country fans today listen to more than just country. They love matchbox twenty. They love Garth Brooks. There's not one dial anymore." Jackson's varied tastes influence his writing and performing. He credits his energetic stage presence to his two major influences---Garth Brooks and Guns N' Roses Axl Rose. A compelling live performer who has opened for country acts like Sara Evans and rock bands such as Fuel, it's not unusual to see Jackson jump into the crowd, serenading some fans and taking selfies with others. He has a natural charisma and a love of people that helps forge an instant connection. Working with Grammy Award winning producers, writers, artists, engineers and multi platinum selling artists around the world to A-List Actors and Film Makers:
Share onTwitter Share onFacebook Which celebrites shareYour Birthday