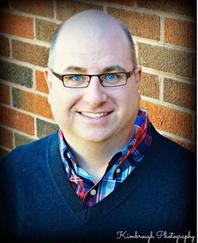 Troy Compas was born in Shreveport, Louisiana on January 30, 1974. Troy has studied acting and directing from several universities throughout Texas and has been performing for the majority of his life. Troy has an Associate and a Bachelor Degrees in Theatre, English and Speech, as well as Two Masters Degrees in Education. Troy has been teaching Theatre, Acting, Directing, Speech, English, and Gifted and Talented Theatre for over 15 years. Troy has an extensive theatrical resume. He has filmed on such shows as NCIS New Orleans, HBO's The Leftovers, Salem, and more. He has also been featured in several commercials. Troy is an advocate for the importance of teaching the arts in all public schools. Troy served as the American Alliance of Theatre Education Louisiana State Representative for two years and has been nominated for several acting and teaching awards including, National Theatre Teacher of the Year. Troy is married to Michell Springer Compas and has one son Christopher Compas. Christopher is also breaking into the entertainment industry one show at a time. You're never too old to achieve your dreams!
Share onTwitter Share onFacebook Which celebrites shareYour Birthday