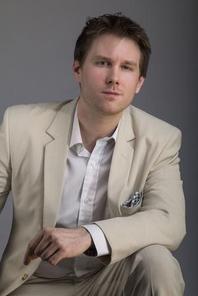 Corey Chainey was born on December 3, 1987, and raised In Wallaceburg, Ontario, Canada. The eldest of three boys, he attended H.W. Burgess Public School, and by the time he had reached the eighth grade, he was interested In acting. A shy boy, he attended Wallaceburg District Secondary School In 2001, and during that time was introduced to dramatic arts and theatre at the age of 14. However coming from a blue-collar working class family (His father a factory worker, and his mother a grocery store cashier), he didn't believe he would find success as an actor, and decided he should pursue his other interest; Firefighting. Shortly after high school, Corey attended Lambton College of Applied Arts and Technology, In Sarnia Ontario, majoring in the field of fire suppression and prevention. After graduating college however, he still had a strong desire to act, and began to pursue acting once again.
Share onTwitter Share onFacebook Which celebrites shareYour Birthday