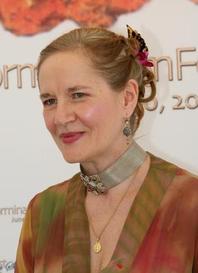 Dominique Sanda was born in 1948, in Paris, France. When she was 16, she left her upper-class family and married, but divorced two years later. She found a temporary job as a Vogue model, when Robert Bresson gave her the starring part in his absorbing drama Une femme douce (1969); she was quite impressive as a young woman who commits suicide when she finds out that her husband is unable to love her for what she really is. She was then offered the female lead in Vittorio De Sica's Il giardino dei Finzi Contini (1970), as the provocative daughter of a rich Jewish family. Afterwards, she worked with Bernardo Bertolucci on the much-discussed Il conformista (1970), as the sensual wife of an anti-fascist professor, and co-starred with Paul Newman in John Huston's spy thriller, The MacKintosh Man (1973). She worked again with Bertolucci in the epic, Novecento (1976), and won the Cannes Film Festival Best Actress Prize for her performance in Mauro Bolognini's L'eredità Ferramonti (1976), as an Italian patriarch's daughter-in-law. She gave one more unforgettable performance in Jacques Demy's original musical, Une chambre en ville (1982), as a femme fatale. Today, in her seventies, she is still busy, appearing in international films and TV series.
Share onTwitter Share onFacebook Which celebrites shareYour Birthday