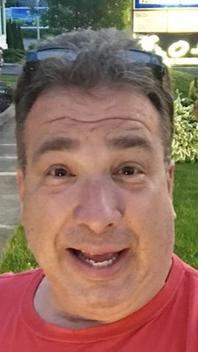 Jim Coniglione (actor, producer) has appeared in the films "The Week Of", with Adam Sandler and Chris Rock, and "The Irishman", with Robert DeNiro, Al Pacino and Joe Pesci, directed by Martin Scorsese. He was also seen in "The Sounding" (2017). He appears as himself in the new reality series "Sticker Shock" on the Discovery Channel. His web-series credits include "Dung Dynasty", "The Bigfoot Chronicles", and "From the Files of Scoopy-Doo", all of which he produced and developed with co-writer Frederick Stroppel. He and Mr. Stroppel also collaborated on the screenplay for "Turdherder!", a comedy now in pre-production. A reality show based on his own life, "Turdherders", directed by Simmy Kustanowitz, was developed by WME and IMG Media (Pete Ross) and Crybaby Productions (Danny Passman and Brian Severance), in conjunction with Animal Planet. Mr. Coniglione is the founder and president of Mop It Up Productions; his company has developed a number of reality-based and scripted shows, such as "Witless Protection", "Millennial Madness", "Dune Buggy Mania" and the comic food show "Moppin' the Plate", in which he stars with comedian Pat Marone. Jim lives in New York with his wife Kathy, his daughter Jamie, his rescue cats Toby and Carmine, and a raccoon named Don Cheech.
Share onTwitter Share onFacebook Which celebrites shareYour Birthday