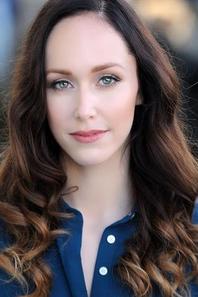 Juliana Tyson was born on March 27, 1985 in Los Angeles, California to actress Shelley Long and investment counselor Bruce Tyson. At the time, her mother was playing the popular character, "Diane Chambers", on the highly-rated Cheers (1982). She left the role in 1987, after playing the role for five years. She wanted to pursue a film career and to spend more time with her young daughter and, while her relationship with Juliana flourished, her career didn't. In spite of her mother's professional setbacks, Juliana still fell in love with the performing arts. When she was three-years-old, she attended the Cirque du Soleil tent and was mesmerized with the leotards, mimes and, most importantly, the lime light. She graduated with a degree in Theatre from the University of Southern California where she played roles, such as "Boquicia" in the original musical, "Invasion!", "Elizabeth Proctor" in the faculty main-stage production of "The Crucible", and "Rabbi Isador Chemelwitz" of Tony Kushner's "Angels in America". Also, during her time at USC, she wrote and performed an hour-long, one-woman show entitled, "Pieces", about her compulsion to hoarding relics from her childhood home in the trunk of her car. Her role in CTG's 2004 production of "Dead End" marked the fulfillment of a long-standing dream to act on the magnificent Ahmanson stage in "Downtown". Also in 2004, her parents divorced, and she helped her mother overcome the pain from the divorce. She remained very close to her father, who had another daughter, named Bella Tyson Montgomery, with another woman. Even though she is 23 years younger than Juliana, the two half-sisters bonded strongly. In 2009, Juliana made her television debut in a guest role as "Victoria Taylor" on CW's hit show, Privileged (2008). Juliana is a founding member of the LA-based dance theatre company, "Boom Kat Dance Theatre". On September 29, 2015, she married Ryan Kissick, a Stanford-educated management consultant. They first met when they were children but didn't meet again until almost 20 years later at a mutual friend's birthday party. They exchanged phone numbers but didn't go out on their first date until one year later. At the end of their first date, Juliana ran home and told her roommates she found the man that she will marry. They later watched the film Far and Away (1992) together and fell in love with the film's setting of Ireland. (The film's director, Ron Howard, had directed her mother, Shelley Long, in her first memorable film, Night Shift (1982)). And so Juliana and Ryan chose their wedding destination of Ashford Castle in Ireland and honeymooned in South Africa. She also created a company called Good Juju Ink, which sells greeting cards, apparel, and other products.
Share onTwitter Share onFacebook Which celebrites shareYour Birthday