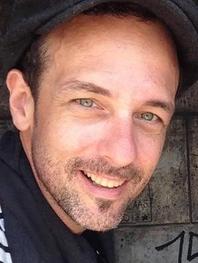 Carl Off is the artist name used by visual anthropologist/documentary filmmaker, Robert F. Douglas. He is a founding member of the Los Angeles experimental arts collective, Hop-Frog Kollectiv, the record label, URCK Records and Akara Films. Douglas focuses on art, particularly film and music, as a tool for social change. His first documentary film, From the Heart of Brahma, is about Cambodian Classical Dancer and LBGTQ activist, Prumsodun Ok. He is currently in post-production on his new work, Calling Mother, Calling Father about musicians who are victims of landmines. Meanwhile he has worked on multiple documentary shorts with Meta House in Phnom Penh in association with the E.C.C.C. about civil parties to the Khmer Rouge tribunal and is in post-production on Sopheak Sao's documentary about the only transgender person to survive the Khmer Rouge genocide, Sou Sotheavy.
Share onTwitter Share onFacebook Which celebrites shareYour Birthday